Cannabiol and its effects on animals 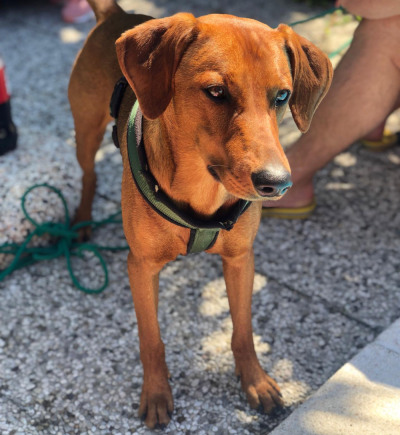 Humans have benefiting from the hemp plant for many years. Until the 1920s, about 60% of all prescription painkillers were cannabis-based. The slandering of cannabis as a drug in line with cocaine, heroin and opium led, among other things, to its prohibition.

Until 1961, researching cannabis was prohibited in the United States.
Today, the rediscovery of the plant and its medicinal benefits are almost undisputed. Numerous studies have been conducted on the more than 100 known different cannabinoids. In particular the non-psychoactive cannabinoid cannabidiol (CBD) is increasingly becoming the focus of research.

From a scientific point of view, the discovery of the human body`s endocannabinoid system was the primarily cause of the active therapeutic interest. This system is a network of receptors distributed throughout the body, which can interact with the body’s own endocannabinoids. The herbal cannabinoid CBD docks onto these receptors and can control their processes. Cannabinoids are no foreign substances and are therefore familiar to the organism.

The endocannabinoids produced in the body regulate functions in organs such as the brain (especially its nerve cells), the stomach and the skin. These substances influence sleep, the cell cycle, stress, inflammatory processes and pain at the organs’ cellular level, which is controlled by the endocannabinoid system.

Just as in humans, all other mammals possess such an endocannabinoid system, in which the natural active ingredient CBD can dock. The effects and areas of application in animals, especially in dogs, cats and horses, are similar to those in humans.

Numerous clinical studies and reports exist on the medical use of cannabidiol in humans. Recently, a CBD drug received approval in the United States for the treatment of severe forms of epilepsy. Studies on animals, apart from the necessary and prescribed animal experiments in the context of clinical human studies, are rather rare.

The World Health Organization (WHO), whose mission is "to offer people around the world a better and healthier future", confirmed the safety of cannabidiol in a report published in 2017 and demonstrated its potential therapeutic benefits. New scientific and clinical knowledge steadily appears about the use of the cannabis plant, and more recently also about CBD. Hundreds of clinical studies worldwide are in the process of generating new data to demonstrate the effectiveness of cannabinoids in the treatment of a wide variety of diseases. The use of CBD in mental and neurodegenerative diseases could turn out to be promising. Furthermore, clinical and scientific studies clearly show the substance’s anti-epileptic effect, as well as its anxiolytic, analgesic and anti-inflammatory properties.

CBD for dog`s and cat`s

Researchers believe that the benefits of the natural active ingredient CBD in mammals are similar to its positive effects in humans. In the meantime, the large number of testimonials from pet owners, dog trainers and veterinarian is steadily increasing. It is described that CBD can be helpful for skin and coat problems and that illnesses and signs of aging in dogs and cats, for example arthrosis or arthritis, could be alleviated.

Particularly mentionable are the benefits of the natural active ingredient CBD for high-anxiety dogs and animals with rheumatic complaints, pain and epilepsy.

CBD has no known side effects. Nevertheless, it is important to ensure that the products do not contain THC and that the CBD dosages are adjusted by the veterinarian according to the animal’s body weight. CBD can also be prescribed by the veterinarian as a magistral prescription (according to the Austrian Medicinal Products Act). In this case, the drug can be picked up in a pharmacy.