The history of hemp as a cultivated plant 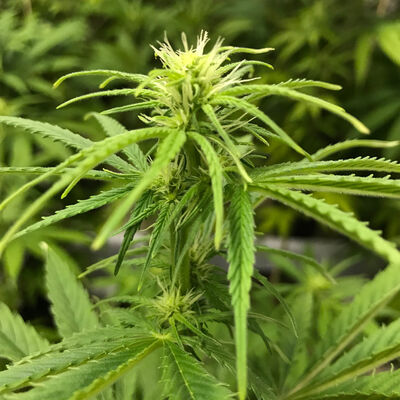 Hemp is one of the oldest and most diverse cultivated plants in the world. In the last few centuries, however, the positive properties of this crop plant have largely been forgotten.

For this reason we would like to take you on a journey through time, to show you the actual origins of this medicinal and agricultural plant, tell you about all the purposes cannabis actually has been used for, and what happened to the hemp plant’s image.

Although cannabis is one of the world’s oldest crops, the history of cannabis in this context has not yet been fully clarified. However, radiocarbon dating on archaeological finds proves that cannabis was used for medical purposes thousands of years ago. Thanks to consistent sources, it is now assumed that the cultivation of hemp as a crop plant began about 10,000 years ago in ancient China. Back then, the hemp seeds in particular were a widespread food. In addition, the psychoactive and hallucinogenic effects of cannabis flowers with a relevant content of tetrahydrocannabinol (THC; the cannabinoid that causes the "high") was mentioned in many books, as was the plant’s ability to alleviate senility. Another interesting fact: 8000 years later, Li Shih-Chen, who is still considered as China`s most distinguished herbal specialist, describes more than 120 different uses of hemp. Li Shih-Chen emphasizes the antiemetic (nausea-reducing), antibiotic (antibacterial) and anthelmintic (worm-killing) effects of cannabis. He then continues by recommending cannabis for nervous mood disorders, complications during childbirth, menstrual cramps, cramps, rashes, ulcers and wounds.

Hemp in the Ancient World

The hemp plant was brought to India from China around 1400 BC. The Ayurvedic culture, among others, valued the plant for the hallucinogenic effects of THC, as psychoactive effects played an important role in certain cultic acts. It was said that “the holy drug" helped during meditation and dissolved fear and stress. Of course, the Hinduists didn’t only use cannabis as an intoxicant, but also as medication for various diseases. Cannabis was mainly used to treat leprosy, diarrhea and fever, but also to induce sleep, to relieve pain and coughs and against epilepsy.

Hemp was (and has again become) a very controversial and much-discussed commodity, which is why it took a long time before the plant was brought to Europe. At some point, however, the cultivated plant reached the European region from the Far East, more precisely via the major trading cities in today`s Greece and Italy. Seafaring also played a part. For hundreds of years the ships’ sails, ropes and flags, and sometimes even the sailors` uniforms, were made of hemp.

Cannabis was hardly used in ancient Greece and Rome. These cultures placed no great value on its intoxicating effect. For instance, the plant is not mentioned at all by Hippocrates, the most famous doctor from this time (approx. 460 BC). Dioscurides, who served as a military doctor around the time of Christ`s birth, however, clearly reports the effect of cannabis against earache, inflammation and worm infestations in his books.

Hemp in the Middle Ages

Between the 13th and the 16th century, Muslim physicians translated Dioskurides` works and learned about the history and use of cannabis for medicinal purposes, and as an intoxicant. As alcohol consumption was forbidden according to the Islamic faith, it is believed that the use of cannabis was widespread. Cannabis was used primarily to treat epilepsy and other neurological diseases.

Hemp, especially hemp fiber, found its way via Spain to Europe, where it was used for paper production. Since wood was not yet the dominating raw material for paper production, hemp became one of the paper industry’s most important raw materials. Due to the high cellulose content, hemp paper was and is particularly durable and tear-resistant compared to wood-based types of paper. It can be recycled more often and requires less production acreage than wood. A fun fact: some famous works, e.g. the Gutenberg Bible (1455) and the American Declaration of Independence (1776) were first printed on hemp paper.

Two centuries later, the image of hemp slowly began to crumble. The development of cotton spinning machines in the 19th century, as well as the possibility to import cheap cotton and jute from Russia and Asia, were significant factors for the end of hemp and flax as textile fibers. In addition, the prohibition started in the United States. This fundamental movement, led by a patriotic white upper class, called for a fight against all kinds of luxury goods. By 1929, 16 states in the southwestern United States had already banned the use of hemp. Of course, these measures lacked any scientific basis, but the baiting was effective, and the use of hemp was banned in almost every American state until 1935. When the first fully automatic hemp peeling machine was finally introduced in the USA in 1938, leading American industrialists, including representatives from the cotton and pharmaceutical industries, imposed a hemp tax and finally a hemp cultivation ban in the USA, thereby finally closing the sales markets for hemp.

The culminating point was the cannabis demonization with the United Nations’ Single Convention on Narcotic Drugs in 1961. This treaty, partially dubious from today`s perspective, was aimed at limiting the availability of certain drugs.
Almost 30 years later, however, the prospects were rising for the hemp plant, which by that time had been put in a negative light. An Israeli research team finally succeeded in isolating and synthesizing tetrahydrocannabinol (THC), the main psychoactive ingredient in cannabis. Yet even in the 1970s, both doctors and patients in most countries in the western world still risked conviction when cannabis was used.

The pioneers however believed that they were on to something, and so the research on the “non-intoxicating”active ingredient of cannabis cannabidiol (CBD) made noticeable progress. Doses were discovered in which patients with spastic movement disorders, epilepsy, multiple sclerosis and Huntington`s disease could be measurably and significantly helped. The medical use of cannabis suddenly had potential again, and especially at the turn of the millennium it became clear that the image of the cultivated plant hemp was on the mend.

When in 2011 finally a CBD / THC drug under the trade name "Sativex” was approved in many European countries, it became obvious that the plant, or rather the substances it contains, had definitely arrived in Europe. In recent years, both health organizations and the market demand for natural active ingredients have continued to drive the renaissance of hemp as an agricultural plant and promise a bright future not only in sustainable industrial sectors, but also in the medical field.

Even the United Nations’ old assessment from the 1960s is slowly but steadily shifting. The United Nations Narcotics Control Council will meet again in Vienna in December 2020 for a reassessment of cannabis, on the advice of the World Health Organization (WHO) and under pressure from the United States. This offers a unique opportunity to correct ancient mistakes